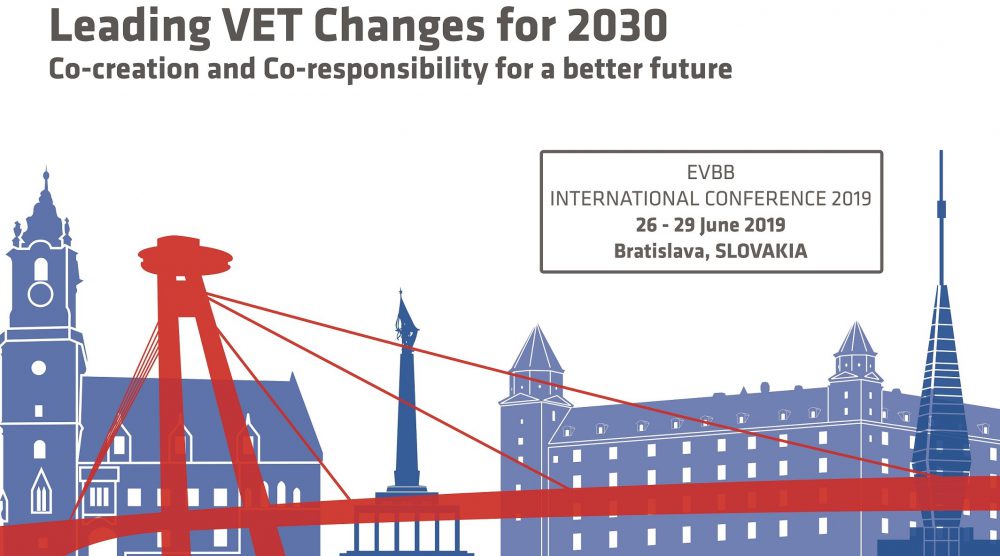 Annual conference of the European Association of Institutes for Vocational Training (EVBB)
organised in Bratislava, Slovakia in June 2019

The European Association of Institutes for Vocational Training (EVBB) organised its annual Conference in Bratislava (Slovak Republic) from June 26th to 29th 2019. EVBB has the mission of assuring quality and fostering excellence in the VET field, promoting the interests of a liberal and socially committed education, supporting networking and cooperation of employment at EU level.

This conference, under the High Patronage of the Office of the Deputy Prime Minister of the Slovak Republic for Investments and Informatization and the Ministry of Education, Science, Research and Sport of the Slovak Republic, has been organised in partnership with the European Entrepreneurs association (CEA-PME) and the Solidar Foundation and gathered about 130 experts (more than 25 different nationalities) both from education and industry sectors.

The opening day on June 27th took place in the Conference Hall of Volkswagen Slovakia (sponsor of the event) and has gathered distinguished guests from across Europe such as HE Oľga Nachtmannová (State secretary of the Slovak Republic), Joachim Bleicker (Ambassador of Germany to Slovakia), Doamna Steluţa Arhire (Ambassador of Romania to Slovakia). Outstanding experts in the field of VET enriched the conference with their speech: Thiemo Fojkar (President of EVBB), Connie Reuter (SOLIDAR Secretary General), Patrick Meinhardt (European Entrepreneurs association (CEA-PME) Representative), Jan Varchola (EU Commission – DG Employment), James Calleja (CEO of MCAST, Malta, and President of EfVet) and many more.

This 23rd edition of EVBB International Conference aimed to break down artificial barriers and pave the way to a new strategic partnership for the future of education. In times of uncertainty, co-creation and co-responsibility are the key words that inspire and lead our way to change the VET landscape within the European Union and beyond.

Since its establishment in 1992, EVBB has been strongly advocating for bringing education to the forefront of the fundamental reform in the economy and the society our times are calling for. A radical shift in the way of thinking and conceiving the educational system is required if we want to overcome the material and cultural obstacles on the way of the new human era that globalisation and digitalisation have the potential to bring about. If we want to meet the challenge, we cannot but recognise the role of all relevant stakeholders who need to be involved and proactively participate in the process of redesigning the educational model within the scope of a more open, smart and cooperative 21st-century world.

EVBB’s partnership with the European Entrepreneurs association (CEA-PME) and the Solidar Foundation is the answer to the fundamental role of civil society organisations and the enterprises. With respect to the latter, EVBB deeply believes that small and medium enterprises (SMEs) play a pivotal role in the renovation of the educational system that is required by the present and future digitalised and globalised world. Not only because their cooperation with VET providers and educational institutes is a condition sine qua non to mainstream work-based learning within a dual system approach and beyond, but also because entrepreneurial skills are going to gain more and more relevance in the curricula of all-grade and all-orientation educational pathways. In this perspective, entrepreneurs have both a lot to teach and a lot to gain from a stronger partnership with VET providers and the educational system in general. On the one hand, small and medium enterprises offer the perfect working setting where students can gain and hone their vocational, relational and practical skills while participating in the actual reality of job and production and benefitting of tutoring and supervision. On the other hand, a stronger and more structural cooperation with VET providers is the only possible way, for the business world, to effectively cure the long-lasting and dramatic shortage in skilled workers it suffers from. As employers, entrepreneurs are the most entitled to teach their potential employees how to do their job. Last but not least, by getting involved in training and education, small and medium enterprises would make a social investment, enhance their image before the general public, gain socio-political ground to play on with a view to seeding their values in mainstream culture.

Different challenges have been discussed and tackled during the different workshops and debates that animated the three-day conference and the “Bratislava Declaration” – a document analysing these priorities and delivering some recommendations – has been validated and signed by all three partners: the European Entrepreneurs association (CEA-PME), the Solidar Foundation and EVBB. 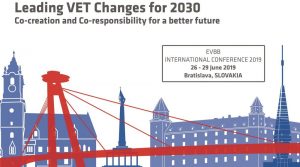 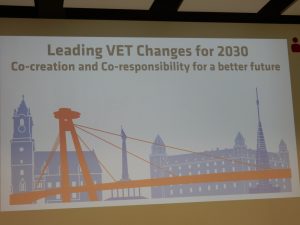 - The shipping cost is included in the prices.

- The products will be shipped in 2 working days after the purchase.
- Terms and Conditions of the e-shop.